A Green Life for Future Generations
EXPO 2016 Antalya chose its title to highlight two precious and meaningful assets necessary for a green future: Flowers and Children. EXPO 2016 Antalya aims at being the start of a new way of thinking, the intoxicating scent of flowers and the laughter of children throughout the city bringing with it hopes for a greener world.
Flowers, thanks to their colours and fragrance, play the main role in the reproduction of plants and pollination, which result in seed formation.
In EXPO 2016 Antalya, flowers symbolize the green life that we wish to guarantee for future generations a green future depends on our capacity to sustain biodiversity and maintain a balance between natural and cultivated biodiversity.
EXPO 2016 Antalya will focus on the extremely important relation between humankind and plant diversity, offering a perspective on the evolution of cultivated plants and their relation to biodiversity.

“Peony” has been chosen as the flower symbol of EXPO 2016 Antalya, which will be Turkey’s first Expo. Minister of Food, Agriculture and Feedstock and Chairman of the Board of Directors of EXPO 2016, Mehmet Mehdi Eker, has announced the flower symbol to be used in the introduction of the organization as “peony”.
Sometimes called the “King of Flowers”, peonies have been grown in various countries as a state or palace plant. However, the peony is also known as a medicinal plant in our country, a use that dates back to older times. The peony was first brought to İstanbul by Sultan Mehmed Han VI and planted in the Hasbahce (the private garden of the Sultan). In the ‘Science of Herbs’ written in Ottoman Turkish by Hakkı (1927), the author states:
“The elegant peony was brought to Hasbahce by Sultan Mehmed VI (Mehmed the Hunter) from the Anatolian cities, then taken to Italy from Istanbul and later to Germany and Holland. Today, florists in Holland have various kinds of improved peonies with diverse colours.”
Having both herbaceous and woody forms, the peony is a perennial flower with tuberous roots. The peony is known by various names in different regions of Turkey such as Kame, Gombak, Bocur, Atlas, Guguk, Kan Çiçeği, Lale, Zambak, Ayı Gülü, Yaban Gülü, Dağ Gülü, and Orman Gülü.
The name of the symbol flower in Latin is “Paeonia turcica” and having a reference to “Turk” in its botanical name expresses its connection to our roots. Originally from Anatolia, this flower grows in Antalya, Burdur and Denizli. Three different working groups were formed to determine the flower symbol of Expo 2016 Antalya. The groups, consisting of personnel from the Ministry of Food, Agriculture and Feedstock, universities, and the General Directorate of Agricultural Research and Politics, together with the EXPO 2016 Antalya Agency, carried out their task in Antalya, Ankara and Istanbul.
A team composed of a working group in the Ankara General Directorate of Agricultural Research and Politics and the members of an advisory committee studied approximately 200 endemic plants in Antalya and determined 16 flowers in compliance with the selection criteria for the EXPO symbol flower and submitted a report to the Board of Directors’ of EXPO 2016 Antalya Agency.
The team consisting of 15 technical personnel participating in the work carried out at the West Mediterranean Agricultural Research Institute (BATEM) in Antalya recommended six flowers– clover, daisy, daffodil, heather, freesia and snowdrop—as the symbol of Expo 2016 Antalya. From these recommendations the General Directorate of Agricultural Research and Politics chose the winning flower symbol for EXPO 2016 ANTALYA.

An expo is a world’s fair or universal exposition. Expo is also the event internationally known as the World’s Fair, which has been held since mid-19th century. The corresponding term in Turkish refers to an exhibition display or show. Expo is the largest cultural, historical and educational Olympiad in the world.

World’s Largest Social Event
When compared to the Olympic Games or the World’s Cup, Expo is by far more important in terms of its sheer scale and duration as an event, the volume of investments made as a result of its organization and the number of visitors who travel to attend it; it is also recognized as the largest social and economical event in the world.
Cultural and Scientific Developments
Expos are expositions of technological, scientific and cultural developments of the contemporary period and beyond.
Dating back to the mid-1800s, EXPOs have had the quality of a show. Known as the “World’s Fair”, Expos are considered the most extensive events in the world, enabling nations to exchange information on culture, history and education for the purpose of creating a better world. EXPO reveals the contemporary state of the world and reveals visions, opportunities, problems and solutions for the future in all of their aspects. Apart from being a large event, EXPOs extend to local, national and international arenas. Moreover, EXPOs, with their ability to effectively communicate themes of universal interest in both an educational and entertaining way, also have the capacity to bring together people from a wide range nationalities and backgrounds.
Turkey’s 2016 Horticultural Expo provides a unique opportunity for children to learn about and experience the environment around them, their natural resources and related ways of living—sustainable development and green initiatives—while encouraging them to think about and generate solutions to the impacts that urban life has on them, and to share these ideas with the world.
Attention:
Place: On the way to Alanya after Antalya airport.
Date: April to October 2016
For more information visit: http://www.expo2016.org.tr/anasayfa/EN 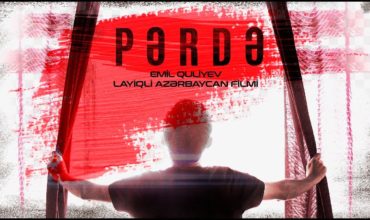 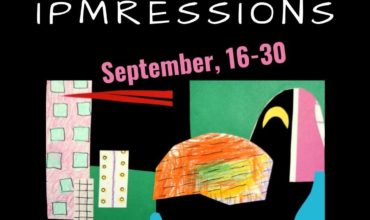