Celebrations in honor of the National Sovereignty and Children’s Day on April 23 have already started around Turkey. Every year in Alanya and all in Turkey the day 23rd of April is the day of Children. Actually the week  from 21st is totally festival of national sovereignty and children’s days. The celebretion will start at Atatürk monument at 09:00 o’clock on Sunday in Alanya.

Alanya protocol delegation will lay a wreath at Atatürk Monument at city square and then move to harbour to let start the celebrations.

Alanya national education board director Mr. Hüseyin Er said this is the biggest fest for our younger kids in Turkey. This is a great gift which was given them by Atatürk. This gift is not only given to Turkish kids but also to the foreigners. That’s why big number of country’s children come to Turkey and join the celebrations. Kids are innocents. How we teach them about  love, peace and tolerance  when they grow up absoluyely they apply. It is big opportunity by this way to get all the world’s chilren together and provide them share something together. Mr. Er added that we expect all our kids to harbour on Sunday with flags and joing the celebrations.

What does national sovereignty and children’s day mean?

On April 23, 1920 the Turkish Grand National Assembly (TGNA) was inaugurated in Ankara. It was the first step toward the creation of the Republic of Turkey, the roots of which were laid during the Turkish National War of Liberation led by Mustafa Kemal- later to be given the name Atatürk (father of Turks).

The Turkish national liberation struggle began on May 19, 1919 and culminated in the liberation of Anatolia from foreign occupation, the international recognition of modern Turkey’s borders by the Treaty of Lausanne, and the founding of the Republic of Turkey on October 29, 1923. When the TGNA held its first session in 1920, virtually every corner of the Ottoman Empire was under the occupation of the Allied powers. Exasperated by the Ottoman government’s inability to fight the occupation, patriotic movements began springing up all around Anatolia.

The occupation of Izmir by invading Greek armies and the atrocities they committed against the Turkish population was the final outrage that sparked a nationwide resistance movement. This resistance soon turned into a war of independence under Mustafa Kemal, a young Ottoman military officer at the time. With the Allied occupation of Istanbul, and the dissolving of theOttoman Parliament, Mustafa Kemal’s justification for opening the resistance movement’s new legislative body was created.

With the opening of the Assembly, Ankara became the center of the Turkish national struggle and was declared as the capital of the new Turkish Republic on October 13, 1923. On the opening day of the Assembly, Mustafa Kemal was elected as its first president. His opening speech includes clues of what he envisioned this Assembly to achieve. Stating that “there will not be any power above the assembly,” Atatürk set the stage for the founding of the Republic of Turkey to replace the Ottoman monarchy. The Assembly, as the representative body of the Turkish people, established a national army and defeated the Allied Powers. Under the visionary leadership of Mustafa KemalAtatürk, it created a secular, democratic Republic.

On April 23, 1929, upon Atatürk’s proposal, the Turkish Grand National Assembly decreed April 23 as a national holiday dedicated to children. Thus Turkey became the first country in the world that celebrates an official Children’s Day. Today this national holiday is celebrated in Turkey with children from all over the world in a spirit of peace and harmony. 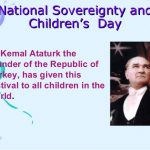 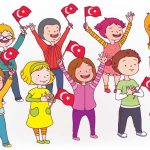 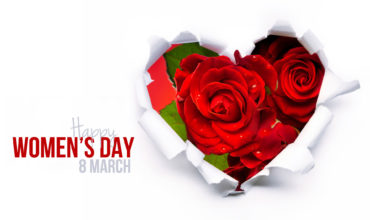 Telefiric to castle will be ready in May 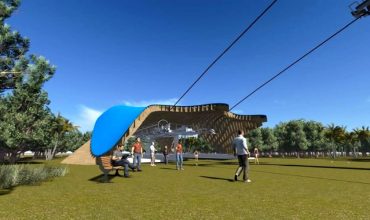 Herbarium museum in its new location 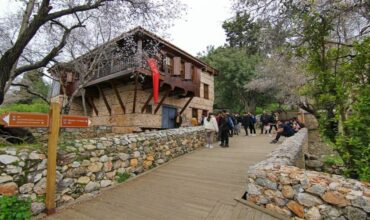